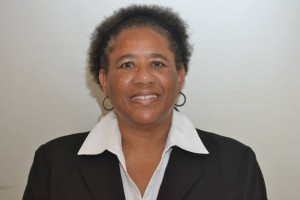 Mrs Marilyn serves as current President of our non-profit “The New Bethel Foundation” which was founded in 2008. Marilyn is a native of Lexington, South Carolina native. Attended Midlands Technical College in Columbia, South Carolina and graduated with a certificate in General Office Skills. Afterwards graduated from “The University of South Carolina” with bachelor’s degrees in “Early Childhood Development and Interdisciplinary Studies” with primary focus on “Sociology and Education”. Later returned to complete a “Master of Arts degree” in Education Counseling and Psychology with primary focus on “Marriage and Family” from Troy University in Augusta, Georgia. After graduation, Marilyn worked with the United States Department of Justice (DOJ) Federal Bureau of Prisons (BOP) in New Jersey for 3 years. She returned to South Carolina to work for the Federal BOP in Hampton and Edgefield Counties of South Carolina until retirement. After retirement became more active than ever within her community through empowering local citizens as a poll worker to vote at local, state, and national elections. Over the years Marilyn has received numerous awards and certificates for her diligent and faithful service – MLK Living the Dream, Health Commission Ministry and Certifications from the Lexington County Sheriff Department Neighborhood Academy, just to name a few. A dedicated member of New Bethel AME church in Lexington, South Carolina where she has served as President of the Health Commission Ministry and President of the Lay Organization, member of the Board of Stewards, member of the Finance Committee, and elected as an alternate delegate to attend both four-year General Conferences and Annual Conferences of her house and denominational faith the AME church. 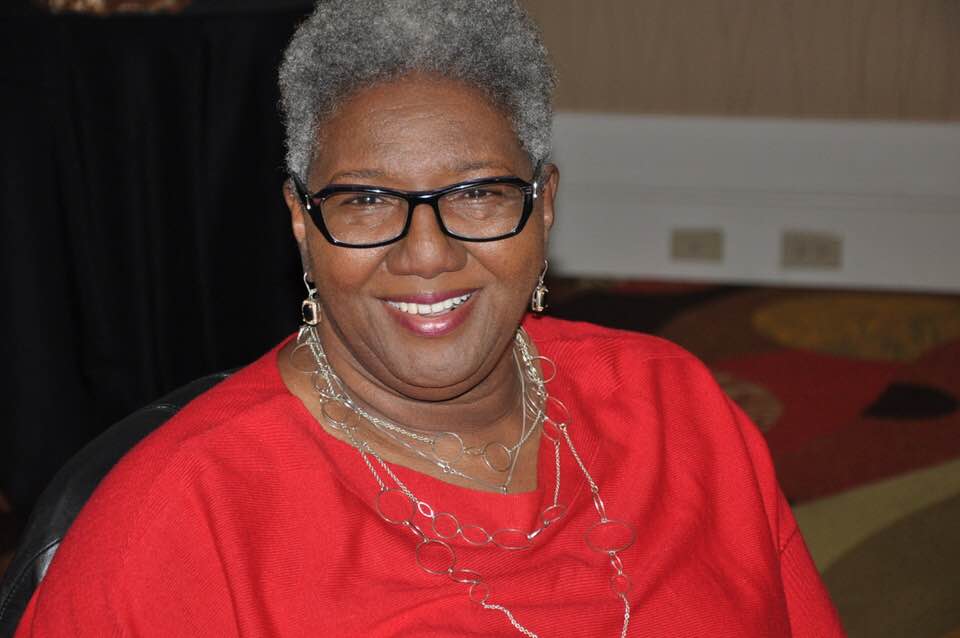 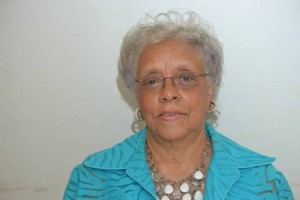 Jennie Simpkins attended Public school in Lexington, South Carolina. She transitioned to Allen University, Columbia, South Carolina where she  earned a Bachelor of Science degree in Mathematic and Science. Mrs Jennie currently resides in Lexington, South Carolina.  She experienced 41 years as a math teacher teaching within the public school system and Department of Juvenile Justice (DJJ) system, a part of the South Carolina Department of Corrections as a math teacher. Mrs Jennie was selected teacher of the year at North East Center (2000) and is graduate of the Citizens Academy Lexington County Sheriff’s Department. She is also a life long member of New Bethel AME church.
Mrs Jennie lives her philosophy of life: “Live each day to the fullest, search for your dreams, and allow God to direct your path”. 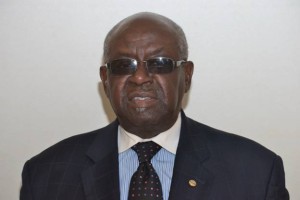 Sherrill Lavelle Harris was a 1973 graduate of Allen University, Columbia, South Carolina. Sherrill recently transitioned (August 28, 2021) to be with his Father in Heaven. Prior to his transition, Sherrill was also a lifelong member at New Bethel AME Church. He was a dedicated and faithful member of his faith as a member Steward Board over 25 years, serving as Vice-Chair of the Steward Board for nine year. He served as Chairman of Renovation Committee, member of the Finance Committee, member of the Sons of Allen – a men’s ministry of the African Methodist Episcopal church. His employment service to his community included work in retail management with at least the following companies: Colonial Stores, Big Star Foods, Rite Aid, Bud’s, Wal-Mart Incorporated where he served as Supervisor and Manager for 26b years. His secular community civic service included: President of the Lexington National Association for the Advancement of Colored People (NAACP) Branch, member of American Legion Post 217-Lexington, 1st Vice Commander-Islam Shrine Temple #1-Chief Rabon and Assistant Rabon, Past Associate Patron, Lexington Eastern Stars, Sherriff Advisory Council Committee, and most recently Owner and Manager of S&S Assistance Housing, LLC.  Sherrill was also featured in Lexington Life Magazine, February 2016 issue, for his dedication and service with the NAACP-Lexington Chapter as well as his overall lifetime of community service. 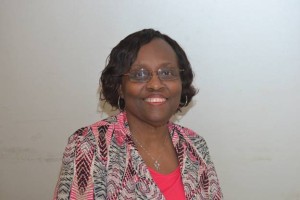 Barbara Rawls is a retiree from “The South Carolina Department of Health and Environmental Control” as well as “The Bureau of Laboratories”. Barbara Rawls received her Bachelor of Science Degree in Pre-Med from Tuskegee Institute in Alabama and a certification from “The American Society of Clinical Pathologist” (ASCP) from Memorial Medical Center in Savannah, GA. Barbara Rawls is actively involved in her community, civic and church activities. Barbara Rawls is an avid reader and enjoys working with the youth. 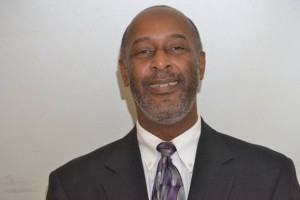 A South Carolina native, Bernard was born and raised in Orangeburg County, South Carolina. Bernard attended the local schools and graduated from the University of South Carolina with a Bachelors of Science Degree. In 1988 he relocated to Charleston (South Carolina) to begin a career in communicable diseases work with the South Carolina Department of Health and Environmental Control. After 16 years and 2 assignments in the Low Country area of the state, he returned back to the agency’s headquarters in the Midlands (Columbia) in 2004, and currently calls Lexington home as he continues his public health service as a Program Manager in the Bureau of Communicable Disease Prevention and Control for his Division within the agency. Throughout his life Bernard has maintained a strong dedication to his Christian faith which has nurtured and fed an untiring commitment to provide outreach through public and community service to others. Always seeking to be active, engaging and empowering humanity to rise to challenges and overcome obstacles has been a consistent lifelong theme. Bernard joined the Foundation as the Board Secretary in 2014. 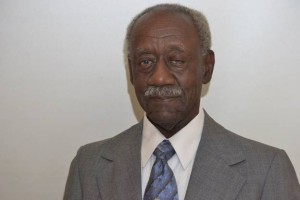 A Lexington, South Carolina native, Freddie graduated from Rosenwald High School with honors where he was a member of the drama and chorus team, played football and ran track. Freddie worked after school until he went into the service in 1959, training in Fort Jackson, S.C. and Fort Leonard Wood, Missouri. He was later assigned to Okinawa, Japan to a petroleum unit, where he patrolled the pipes along a one-way road. A few years later, he was ordered to go to France for two and a half years and then onto Germany. When he returned home from military service to his country he worked various jobs ranging from United States Postal Service box handler to the Department of Mental Health where he served in security. As time passed, Freddie developed an interest in bowling. It was an interest that he excelled and succeeded in so much so that he was inducted into the Midland United States Bowling Congress Hall of Fame on July 18, 2015. He is a current board member of the Lexington Registration and Election Commission. 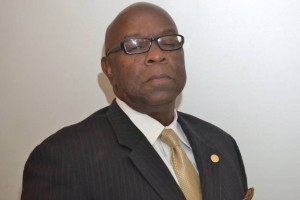 Douglas “Doug” Jones was born in Lexington County, South Carolina and learned a lot about responsibility at an early age. Douglas Jones went on to be employed at John H. Harland Company. Doug advanced to supervisor and retired in 2008 after having been employed for 35 years. Community service is the mantra of Doug’s life. He is a community activist in both the Red Bank and Midlands communities. And, in his spare time he volunteers his time and many talents to serving and supporting organizations that carry out the mission of helping others. His present volunteer organizations include Voter Registration and the United States Census Bureau, Keeping Every Youth Safe (K.E.Y.S.) an afterschool care program dedicated to the enrichment and education of young people that might otherwise fall into negative life habits. For his many years of community service, Doug has a room full of awards and recognition certificates; yet he continues to serve his community and fellow humankind as this is his passion in life. He has also been featured in the Lexington Life Magazine, April 2015 issue.

Dr. Odell Glenn serves as a community liaison for the foundation as a function of fundraising.  Described as a problem solver, team player, strategist, and motivator and marked by academic inquiry, he holds 4 degrees in various engineering disciplines, the latter of which includes the doctorate in chemical engineering from “The University of South Carolina”. Outside scholarly achievement, he serves as a minister, author, full-time caregiver as well as a member of the Lexington Chambers of Commerce.  He is also the CEO of his own non-profit entitled “The 3 Tier Foundation” (www.3tierfoundation.com) which provides SAT test-prep readiness  for high schoolers in and around marginalized communities, educational workshops for LLC’s and other nonprofits as well as caregiving respite for caregivers.  It is within these 3 areas- promoting youth’s upward educational achievements, providing workshops for small business owners and providing wellness and inspiration to community caregivers does the premise of his life work lie. He continues to embody his passion through multifaceted, dynamic, ever-changing, and evolving entities with an overall objective toward maintaining a strong and robust community.